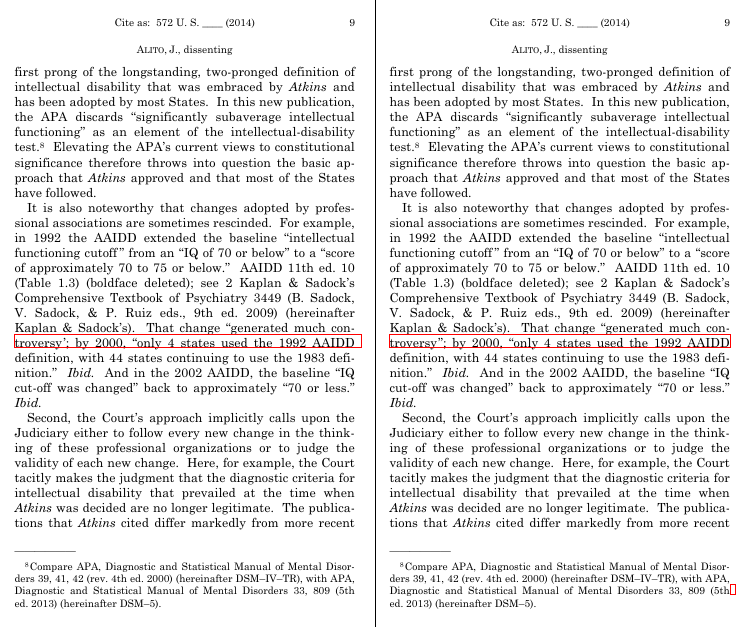 This recent edit tracked by @SCOTUS_servo was minor, but others are ‘truly substantive.’

Last month, a collective “Really!?” rolled through the U.S. legal community when Harvard Law Professor Richard J. Lazarus published his study — and Adam Liptak reported it in The New York Times — revealing that the Supreme Court sometimes quietly revises its opinions years after they were issued, sometimes in ways that result in “truly substantive changes in factual statements and legal reasoning.”

Yes, it turns out that bedrock law you relied on may be a bit looser than anyone knew. According to Lazarus, the only “final, official opinions” of the court are those in the printed bound volumes of the United States Reports. It can be as long as five years from when an opinion is handed down to when it becomes “final.”

In the meantime, how are lawyers and scholars to track changes to Supreme Court opinions? In many cases, the court’s process of making these changes is not open to the public, there is no notice to the public, and there is no contemporaneous public record.

Now comes David Zvenyach to the rescue. Zvenyach, general counsel to the Council of the District of Columbia and a bit of a coding nerd, has created a Javascript application that regularly scans the opinions posted to the Supreme Court website and then sends out an alert via Twitter whenever a change is made. (It also sends a notice when a new opinion is posted.)