Legaltech New York kicks off tomorrow, and if you want to know what everyone there will be talking up, it pretty much boils down to one word: eDiscovery.

As she’s been doing every year now since 2011, JoAnna Forshee at InsideLegal has created a word cloud from the Legaltech agenda, visually displaying the sessions’ themes. Not surprisingly, one word dominates. 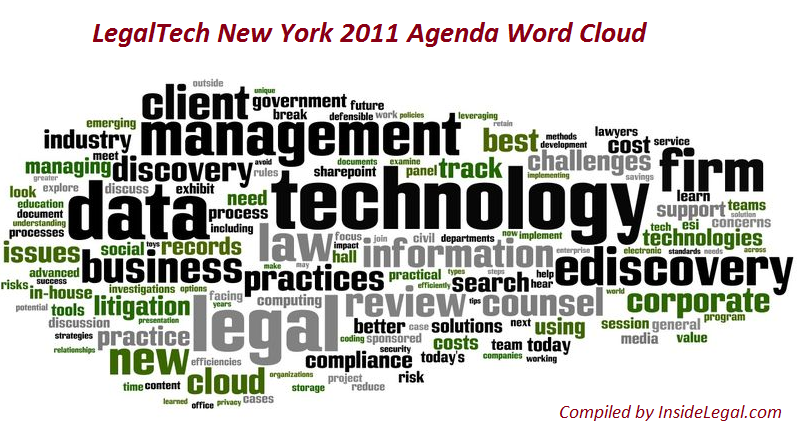 But it wasn’t always that way. As recently as 2011, eDiscovery had yet to dominate the show. Words such as technology, data and management outweighed it.

You can see all six years’ of JoAnna’s word clouds at the InsideLegal blog.